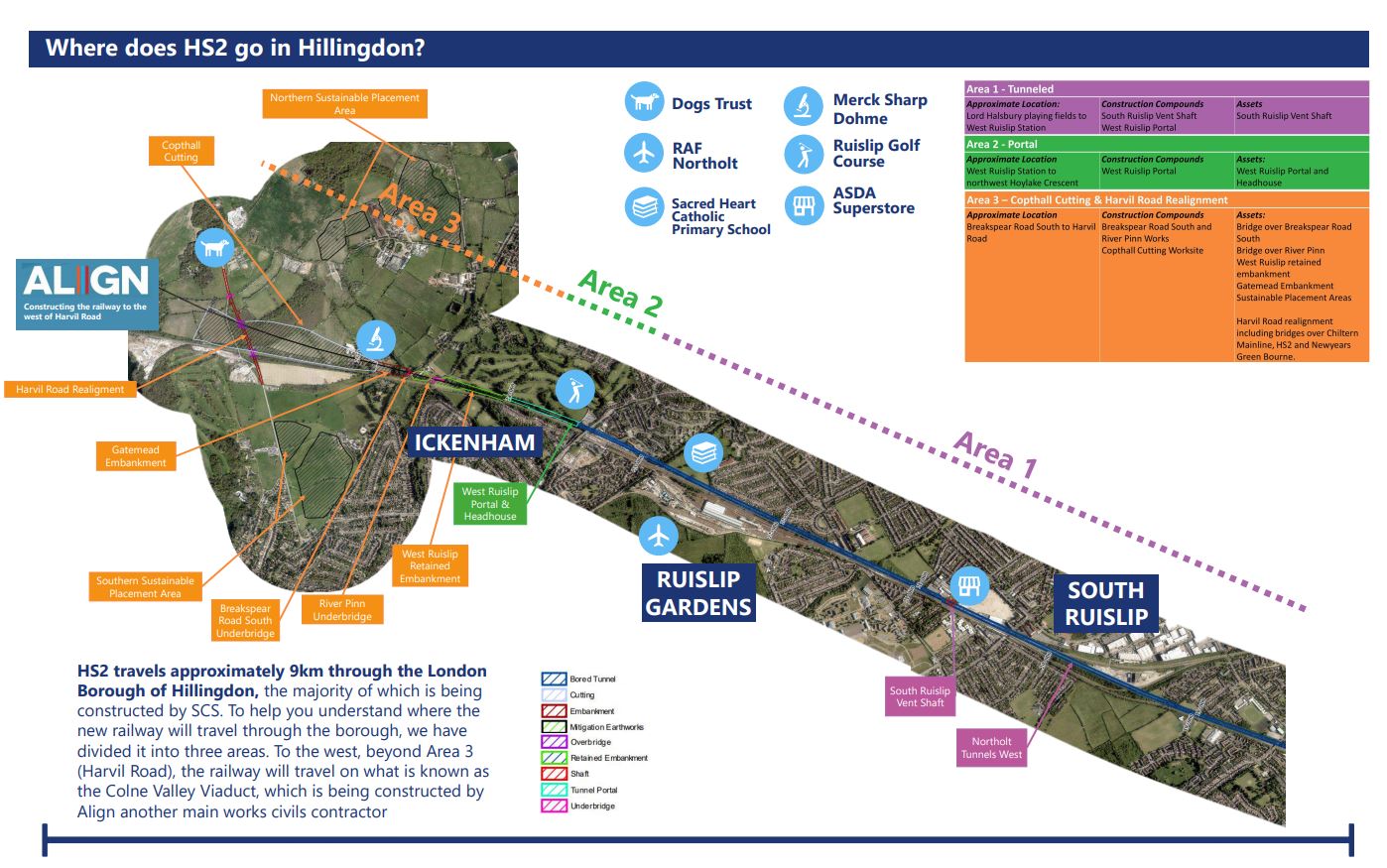 We are grateful to Chris Playll for this update on HS2 in South Ruislip.

On 29th October I visited an HS2 engagement event at Ruislip Golf Club. There were a number of information boards on display and representatives of the HS2 project were present to answer questions about them. The information boards can be seen on the HS2 website at:

The HS2 railway will run underground throughout South Ruislip. The only permanent feature affecting our area will be the ventilation shaft located behind the B&M and ASDA stores in Victoria Road. This is not just a shaft but contains ventilation plant and a staircase to enable emergency personnel to access the railway tunnel. The 4th chart on the website shows the shaft in detail. 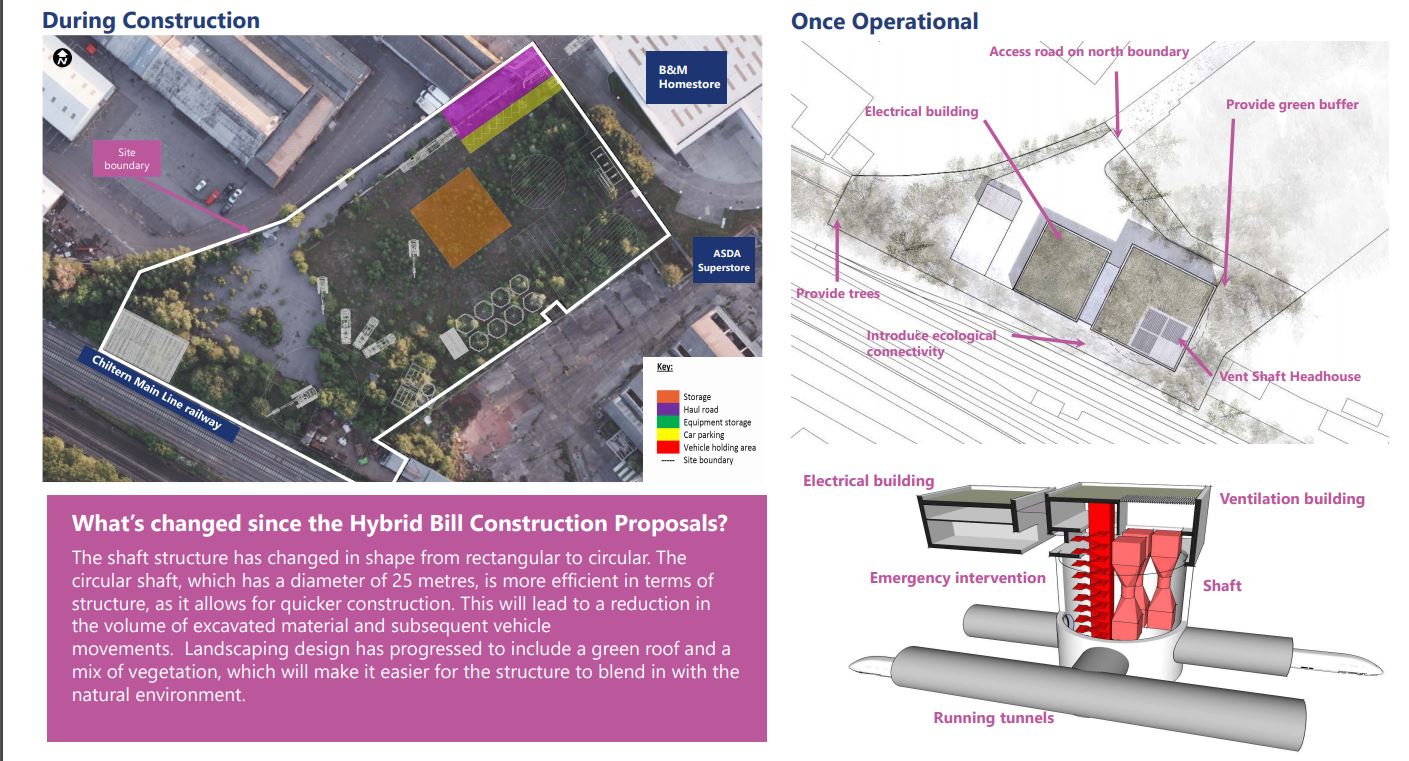 The 3rd chart shows the route that will be used to remove the soil dug from the shaft during construction and the number of expected lorry movements. These will be outside peak hours. The other work that will affect us is the utilities programme planned to protect some sewers that the rail tunnels will run underneath. This work will be staggered as shown on the chart, but there is no start date.

HS2 will run in a tunnel all the way from West Ruislip to Euston station, except for a station in North Acton called “Old Oak Common” which will have a connection with Crossrail and the Great Western line from Paddington. Long railway tunnels require regular ventilation and emergency access so, in addition to the shaft in our area, there will also be shafts just east of Northolt station, east of Greenford station, and west of Hangar Lane. Two tunnel boring machines will start digging the two railway tunnels in West Ruislip and head east under South Ruislip. At the same time another two tunnel boring machines will start digging two tunnels at Old Oak Common and head west. The tunnel boring machines will meet each other at the Greenford shaft.

Soil dug out of the tunnels under South Ruislip will be taken out via the tunnel entrance in West Ruislip. This soil will be loaded on to railway wagons for removal.