Have you heard about the fantastic opportunity to visit Hillingdon Councils living advent calendar?

It starts on 1st December at Uxbridge High Street at 6pm.

In our wonderful South Ruislip Library…

When our door is opened on at 4.15pm 6th December, please come and join in the singing and carols with Bourne School Choir, feast on delicious free Christmas biscuits and drinks and dip into our bran tub for a Christmas tree decoration for your own Christmas tree. 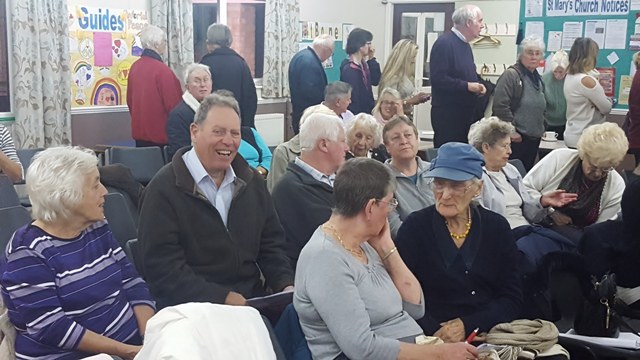 Discussion on why the council notice in the Gazette mentioning long closures was somewhat overstated and with the use of TFL temporary lights contractors were able to keep the traffic lights operational minimising disruption.

The site is coming along.

Sid and Cllr Kelly encouraged people to write to the council with their thoughts.  Write to Steve Austin; saustin@hillingdon.gov.uk

Residents on Victoria Road annoyed by people doing three point turns in order to go back to access West Mead..

Spoil will come out of the tunnels to the east or west.  Not via S Ruislip.  Technology will be the same as Crossrail for creating the tunnels. 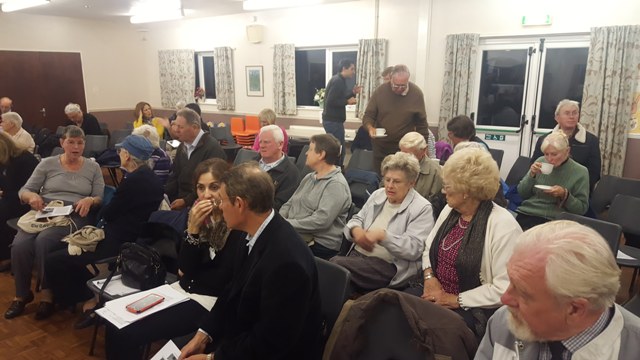 Now has a permanent Manager.  Putting a program together and so will come in January and talk to us about an update then.

Bid in for them.  Lamp posts needed but as changing we will get much more.  Much more to follow next year.

Planning application in for the expansion of the site.  Want to see if can defer as waiting to see about the unit growing too quick too quickly.

Raise a petition.  In planning you need to object on planning grounds.  There is concern about amenity space;  Lack of space for prams, egress safety grounds and a lack of parking spaces and rubbish provision.

From Lynne Kauffman; Taken two years to get people together to improve the shopping centre.  All the changes in the area have consolidated their efforts. Committee formed and looking forward.

Lynne thanked for her sterling efforts in driving this forward. 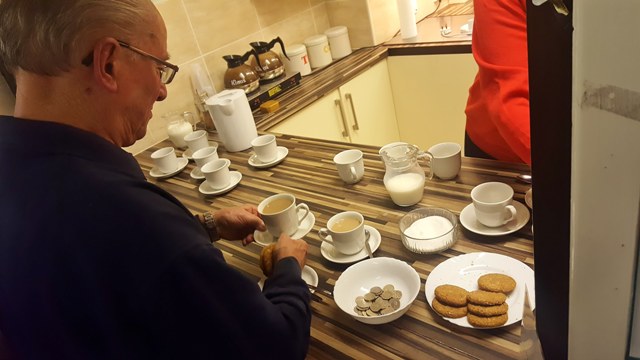 Matters look to be under control. But as ever need to watch going forward. Had to inform police of the events. Last year people were parking on the A40 slip road.

Concern over the location of parking on the SKLP site, which this last time was near to the residents in Harvey Road.

Slip road full of garage cars and Corsa’s being sold. Going to put a one hour parking restriction in place.

It is houses responsibility – but Cllr Kaufmann as arranged to resurface on the 10th or 12th of December.

Plan to change wards.  Agreed at meeting to support Hillingdon’s counter proposal.  We will post details on the website.

16.1  Request to return the bench outside the bus stop at ALDI. The bin has been replaced.

16.2  Victoria Road concern with parking issues all along the area from Aldi to the Manor. Petition raised. Council say they can’t do anything until the work for the ARLA site is done. However we have encouraged them to start the planning work.

16.3  When complete there is money to repave the pavements around junction of Victoria Road and Long Drive.

16.4  Waste bins outside shops in South Ruislip are over flowing on Monday morning.

16.5  Discussion on policing in South Ruislip.

16.6  Over height turn back sign causing delay at the South Ruislip Bridge.

16.7  Discussion on Sensor kits. We have monitoring in the West End Road.

16.8  Upgrade of Stonefield Park play facilities renewal. Letter to say work deferred until 2017/2018. Elaine has complained and asked for temporary works at least.

16.9  13th November invitation to the residents to join a service of remembrance. All welcome 10.30am at the Polish War Memorial.