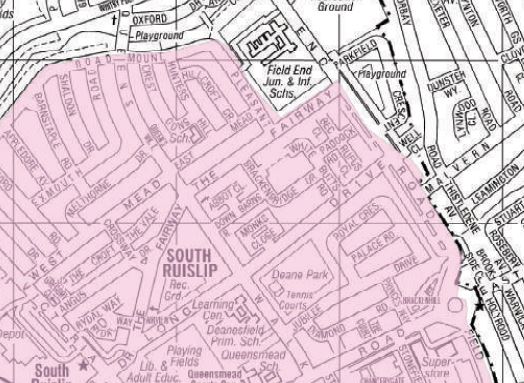 The controversial move to include two Ealing Council Northolt Wards in the revised Uxbridge and Hillingdon constituency remains unchanged.

Maps of the proposed new Uxbridge and Hillingdon constituency can be found at the Commissions website link below.

“The Boundary Commission have accepted the argument that South Ruislip needs to be linked with Cavendish & Manor wards but the latest proposals from the Commission continues to miss the chance of bringing most of the Ruislip area under one MP. Indeed only 9,035 Ruislip residents are actually going to be in the seat with the Ruislip name. These will be those who live in West Ruislip ward and the part of Eastcote ward that covers East Ruislip.”

19,630 Ruislip residents living in Manor, Ruislip Gardens and South Ruislip including those in Cavendish ward will have no recognition of Ruislip in their proposed new constituency.  Which will be called Hillingdon & Uxbridge even though the two Ealing Northolt wards are still included!”

Do you think the boundary changes are a good idea, grounded in common sense or pragmatism?  Or are you against the proposal like Cllr Mills?

The consultation is once again open to the public until 11th December 2017.  This changes the political landscape until the next review so whatever your point of view we would suggest that you comment on the proposals.