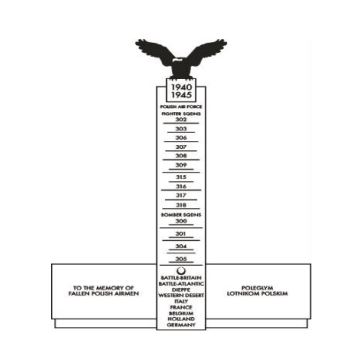 Petition heard for Victoria Road. Trees and grass verges won’t be removed. Not council policy to do that. There are other ideas such as residents scheme and petitions regarding speeding.  However, roads did not have a major issue what was referred to as the 85th percentile. Only 15% of drivers speed so not enough grounds to put in traffic calming measures. Will keep them under review.

With consultations, once ward officers have reviewed the results they can make further suggestions. People have to respond to be considered in their opinion. Concern re bikes on Victoria Road. Where repetitive speeding data passed to policing and then action can be taken.

Concern re Victoria Road timing of test as during half term. Cllr Burrows said the survey will be checked to ensure it was fair.

Concern re junction West Mead. U-Turns but the camera can be used.

Victoria Road crossing.  Rachel F concern reincreased use and cars not taking enough notice. Cllr Burrows said that an audit would have taken place on the local junctions. To be upgraded would need TFL to do that. Tree Planting – work to be done September and October. Miss use of the site at Wickes and Homebase due to car meet ups – Anti-Social Behaviour Team can be notified. Cllr Kauffman and SNT have spoken to the landlords.

Suggestion of extending the right turn into ASDA from Victoria Road.

From agents for the site:

All activity should be lawful at the site if not report to council. Note the site is tidier now and an appetite from Trustees to take action on the site.

It is in Green Belt but previously developed. Looking at replacing the site with the commercial or residential scheme. Owners favour the residential scheme. Concern – perhaps more commercial bias however from council officers. Looking at 30 house development on site. Locally listed building in Glebe Farm but is not structurally viable. Question of parking. Density of the space is low so low number of dwellings on the site, parking spaces will be well inside regulatory requirement.

Show of hands – in favour of residential over commercial use.

Russ Keen, standing in for PR Officer – new Nick Worrall new Station commander, took over in July this year. Lagan sent apologies. Now working on arrester beds. Will need to block cycle route for a limited time along south of A40. More trucks, but have used material from the site. Peak activity is now and from end of August and then will reduce traffic. Mid October will increase the air traffic.

Nothing found on the runway from the remains of crashed plane.

Current Account £1,105.80 and Deposit £13,391.87. Summer Flower planters contribution for this, but contribution from Ward Councillors Budget and Lagan and SRRA (Mostly Lagan initially)

Letter from them to build better relations. For an amicable meeting.

However Police shut down an event an hour earlier due to noise. We will request an ASBO to be issued to them to enforce better behaviour.

Church Hall event on the 13th of July – it was a well attended and pleasant event and an afternoon well spent. Weds 10th.

Contacts let for works to complete the final stage of the works, culvert strengthening. 7 trees to be planted. Change in the entrance to the site, to be near Kwikfit

Zebra crossing – at LIDL site going to be resurfaced, Sid angling for bright paving to make it more visible. The service area will go.

Cllr Tuckwell. Smells from sewage near Raybourne Mead and the site has been inspected. If it continues report to Ward Councillors Around a dozen street signs upgraded. Half a dozen litter pickers from Queensmead School. Will do some more after the Summer Holiday. Pavement upgrade scheme still running? Yes but they are being prioritised on a rolling program.

Eastcote House Gardens
Winter is approaching, but still plenty to enjoy at Eastcote’s Gold winning park.
*
The last Plant and Second hand book sale of 2019 ,
Saturday 12th October 2019 11am -2pm.
Held in the Gardener’s Yard at the rear of the Walled garden.
Last chance to stock up on winter reading, and plants to enhance your gardens next year.
Eastcote Horticultural Society will be joining the Friends of Eastcote House Gardens with spring bulbs and spring bedding plants for sale.
Free event, please bring your own bags.
*
Don’t miss the exciting concert series to be held in the Stables EHG.
WELCOMING THE RETURN OF THESE FANTASIC GROUPS
SUNDAY 20TH OCTOBER AT 2PM
JAZZOLOGY
Bossa Nova, Jazz, Latin, Swing
TICKETS £12.00
*
SUNDAY 27TH OCTOBER AT 2PM
LONDON IN VOICE AND VERSE
TICKETS £15.00
*
SUNDAY 3RD NOVEMBER AT 1.30PM
STUMBLING BLOCK
Early Music Ensemble
Set your feet tapping to dance music of yesteryear
TICKETS £12.00
*
Ticket prices include refreshments and a donation towards the upkeep of the gardens.
Tickets available from lesley.crowcroft@gmail.com
Telephone 020 8866 8436.
*
Last event of the year at Eastcote House Gardens
Tree Dressing
Saturday November 30th 1.30-3.30
School choirs.
The Mayor & Mayoress of Hillingdon will lead the dressing.
A happy start to the season of Advent.